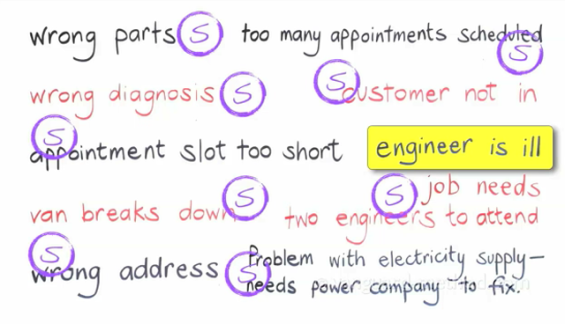 There have been several posts about performance appraisal and the ineffectiveness of systems designed to improve the performance of individuals. This posts picks up on the key theme of those posts – i.e. a person is not totally responsible for their performance in a system of work and managers need skills in understanding and improving the system.

This has been a compelling idea in my thinking and my work. Despite the many criticisms and problems encountered with people and their work in local government, I have met very few people who come to work to do a bad job. Many years of watching people work and talking to them about their work had led me to conclude that it was the way they were asked to do the work and the tools they were given that created most of the problems. I just didn’t know how to describe it.

Then I read Peter Scholtes’ book ‘The Leaders Handbook: making things happen, getting things done’, and his quote from Edwards W. Deming struck a chord with me:

“The fact is that the system that people work in and the interaction with people may account for 90 or 95 percent of performance.”

END_OF_DOCUMENT_TOKEN_TO_BE_REPLACED

Yes, it is that time of the year when our engineers and accountants become highly creative.   By June 30 they will need to explain whether or not the targeted amount of capital works has been completed. Often the target is expressed as simply as ‘90% capital program completed’. Usually it is a KPI for the CEO and senior managers. That makes it an important target.

So, why the need for such high levels of creativity?

Delivering 90% of the planned capital works is harder than it sounds. Many councils would have averaged around 60% to 70% over the last ten years. This is partially explained by growth in capital expenditure that has exceeded the organisational capacity to deliver. Another part of the explanation is that capital works programs have become more diverse with more people participating in the planning and delivery across the council. As a result, projects have become more complex and people with inadequate project management skills are often involved.   Finally, councillors have become much more involved and the capital works program will now have projects that councillors, sometimes in response to community submissions to the budget process, have included – often at the last minute.

As the capital works program has grown, become more complex, involved more people with less skills, and started to include projects without adequate pre-planning or feasibility analysis, especially if they require community engagement, it has become much more difficult to deliver the whole program. But the target remains.

This is where the creativity occurs. END_OF_DOCUMENT_TOKEN_TO_BE_REPLACED

Yes, it is that time of the year when our engineers and accountants become highly creative.   By June 30 they will need to explain whether or not the targeted amount of capital works has been completed. Often the target is expressed as simply as ‘90% capital program completed’. Usually it is a KPI for the CEO and senior managers. That makes it an important target.

So, why the need for such high levels of creativity? END_OF_DOCUMENT_TOKEN_TO_BE_REPLACED

Her performance review outcomes possible were on a five point scale – does not meet, partially meets, meets, exceeds, or significantly exceeds expectations. For each outcome there was a definition. The definition for ‘meets expectations’ gives you an idea about the rest. END_OF_DOCUMENT_TOKEN_TO_BE_REPLACED

This is the last post in this series. It is also where things start to get interesting. There are alternatives to performance appraisal the way we have always done it. The difficulty is that most are quite different to the current approach and pursuing them will involve the risks that always accompany change. Are we up for it?

We could just stop using performance appraisals. As Peter R. Scholtes writes in The Leaders Handbook, this would require us to start thinking differently. In essence, this would involve adopting a ‘systems thinking’ approach to managing the organisation. This is likely to require systems to support employee development and promotion, providing feedback for improvement, determining training needs, and performance managing the poor performers.

Choices are necessary regarding the role of performance appraisal and how it will be done. I don’t think anyone thinks that performance should not be measured. It is a matter of how you do it.

Peter R. Scholtes points out the fundamental choice facing every organisation very clearly in The Leaders Handbook. What is most important to your organisation – controlling the behaviour of people to the satisfaction of management, or understanding, controlling and improving processes to benefit customers? END_OF_DOCUMENT_TOKEN_TO_BE_REPLACED

Well, often we don’t as previously discussed. Not all organisations complete them for every employee and in some organisations it is simply a compliance exercise. Even when you do have a performance review system, it may as easily not improve performance as the team at Utopia showed this with unerring insight. I suppose the relevant question is why do we think that we need performance appraisal?

I don’t think it is because we know that it works and helps to align effort and ensure accountability in delivering on organisational objectives. I think we do it because we are bound to do so by industrial agreements and because it creates the illusion of control. Looking like we are in control is as important in local government as it is in other public services. END_OF_DOCUMENT_TOKEN_TO_BE_REPLACED

To begin with, the annual performance appraisal process (sometimes called the performance development plan (PDP) or staff development scheme (SDS)) is often not carried out in local government. When it is, people have usually been compelled to do so or they are simply ‘ticking the boxes’ and being compliant. I have often thought that this is important evidence that the process is not helpful. People ‘vote with their feet’ – if they thought that performance appraisal was useful and that it added value, they would be doing it.